A Choir Vestry (now the Church Office) was added in the 1930s.  At about the same time further changes were made, including the reordering of the sanctuary and the removal of the wooden side galleries. These had been added in the 19th century to make room for the soldiers of the Wiltshire Regiment garrison.

In 2008 major internal changes were made to make the building suitable for modern use, with the removal of pews and a wooden west gallery. This allowed a full width mezzanine gallery, giving space below for a meeting room and other facilities.  The removal of organ pipes by replacement with a digital instrument gave access to the Tower Room for the first time since an organ was first installed in Victorian times. This revealed four carved stone heads, believed to be 15th century originals, and a beautiful stained glass window.

The churchyard was enlarged in 1844 at the expense of the Crammer pond, though was soon closed to new burials.  The retaining wall had to be rebuilt after its collapse into the pond in 2008, allowing some improvements which support wildlife as part of the Living Churchyards project.

The church is a Grade II* listed building, as described in “An Architectural Description”.  There are a number of windows and memorials of interest and the church houses the regimental chapel of the Wiltshire Regiment. These are described in “The Windows and Memorials”.  A list of the successive vicars and the changes that occurring during their time can be found in “The Incumbents.”

Other sources of information
Only the current registers are kept at the church.  The registers 1572-1837 have been transcribed by Wiltshire Family History Society ﻿https://www.wiltshirefhs.co.uk/﻿.
The original documents and later registers are deposited with Wiltshire and Swindon History Centre, Chippenham http://www.wshc.eu/.  Other records may be found at https://history.wiltshire.gov.uk/.
The Trust for Devizes www.trustfordevizes.info/ has information about the town and the church. 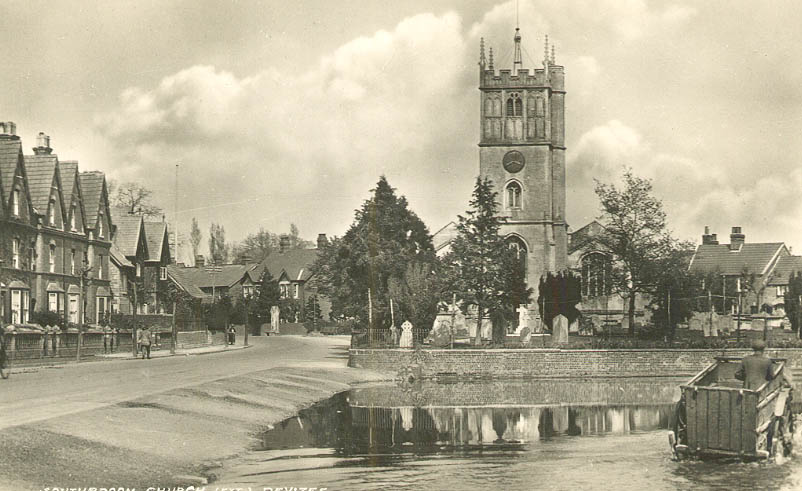